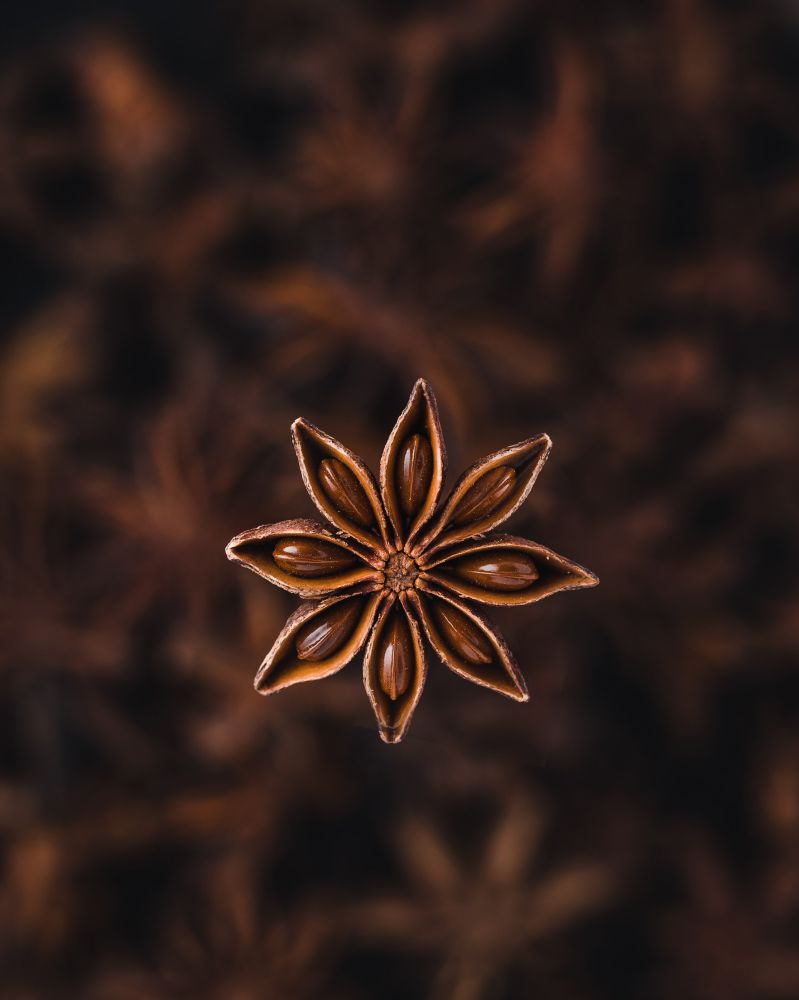 Star anise is undoubtedly one of the most decorative spices. The octagonal star is not only beautiful to look at. You can find out about its effect and how you can use it in the kitchen here!

The star anise was formerly assigned to the magnolia family. Today star anise is part of the Illiciaceae family, the star anise family. The eight-pointed fruits grow on star anise trees, which can grow up to 10 meters high. Each spike of the fruit contains one seed, but it is not very spicy. The actual seasoning power lies in the pericarp. An approximately 15 year old tree can be harvested about three times a year. However, trees only provide profitable harvests every three years. This makes the star anise particularly popular and valuable. The star anise is native to southern China and is now also cultivated in Indonesia, the Philippines and Japan. It's hard to believe, but 60 million years ago star anise was even native to our latitudes - at least that's what archaeological finds prove.

Anise and star anise are by no means the same spice. Nevertheless, similar to its namesake after Dr. Bharat B. Aggarwal has a digestive and stomach-relieving effect. It can also counteract flatulence. According to Petra Kühne, star anise is germicidal, expectorant and is often used for coughs, for example. Star anise can also have a loosening and loosening effect in other areas, and can help to solve blockages and shyness.


Star anise in the kitchen

Because of the positive effects described, star anise is often used as a tea. But also because of the special taste - Petra Kühne describes star anise as sweet and peppery - star anise is used in many ways in the kitchen. Star anise is ideal for sweet dishes. Puddings, fruit salads, but also Christmas bakery give the star anise an aromatic note. The aroma is so popular that it can also be found in liqueurs, fragrance bouquets and even perfumes.


Star anise is a spice that promises full flavor and keeps its promise. In addition to the unique aroma, the many positive effects are responsible for the star anise being used happily and in a variety of ways.